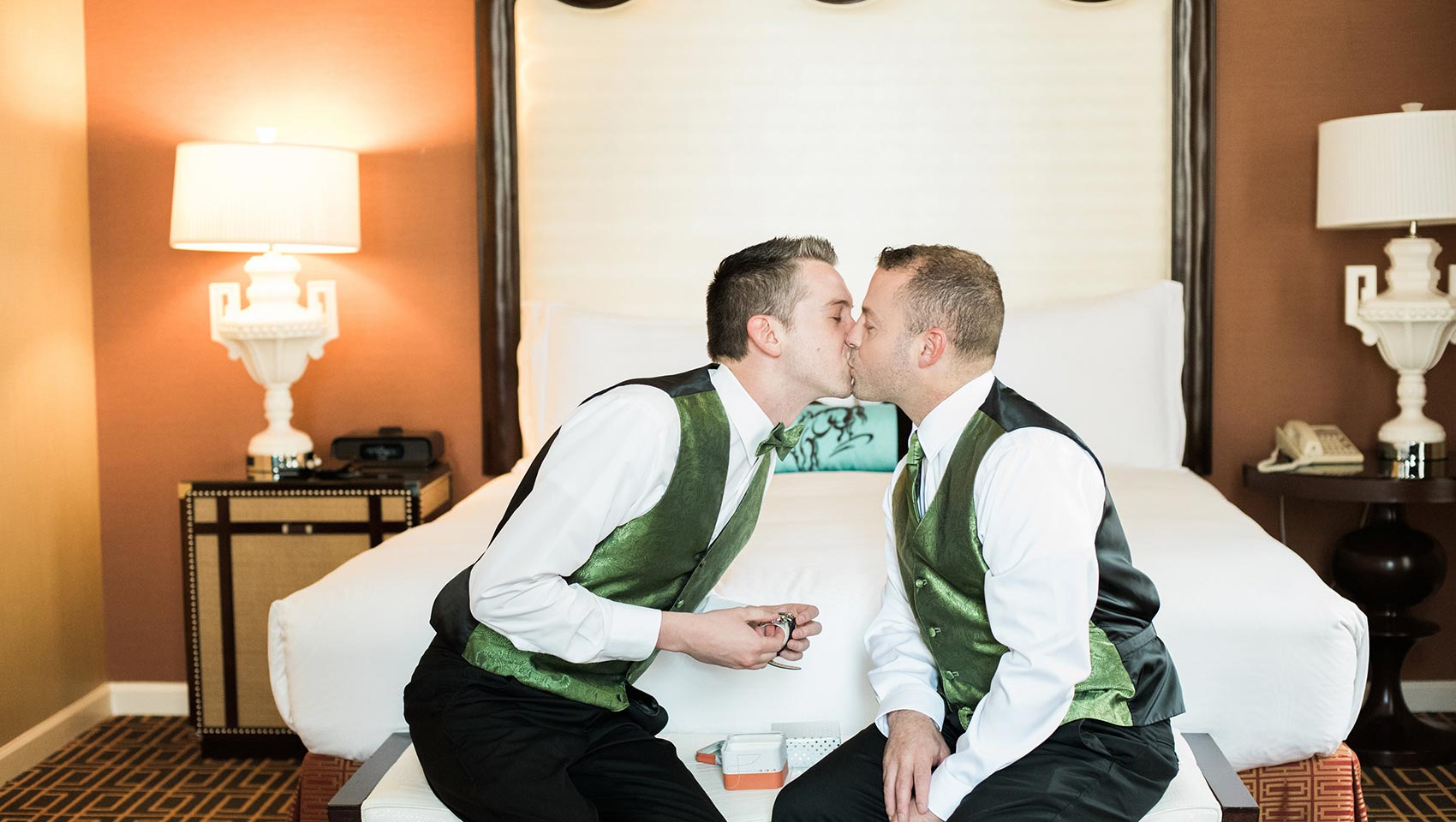 Patrick’s pooches proved they really are man’s best friend when they introduced their owner to his future husband. It was an unseasonably warm day in January when Patrick was having a coffee at Dazbog in Denver’s Capitol Hill neighborhood. As Stephen walked past, Patrick’s dogs approached him. The two chatted for a while before taking the dogs for a walk … and that eventually led to walking down the aisle at Kimpton Hotel Monaco Denver. 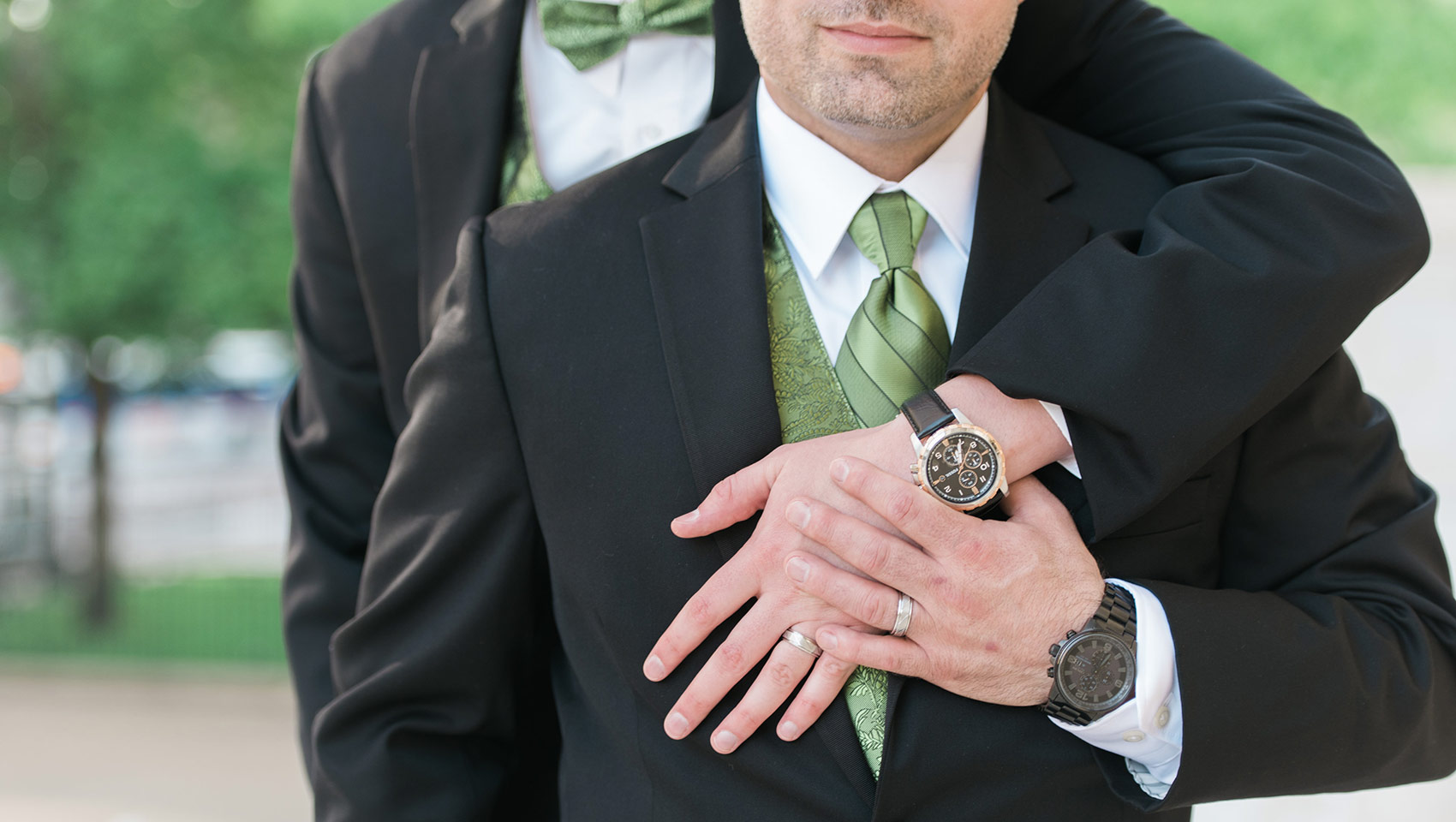 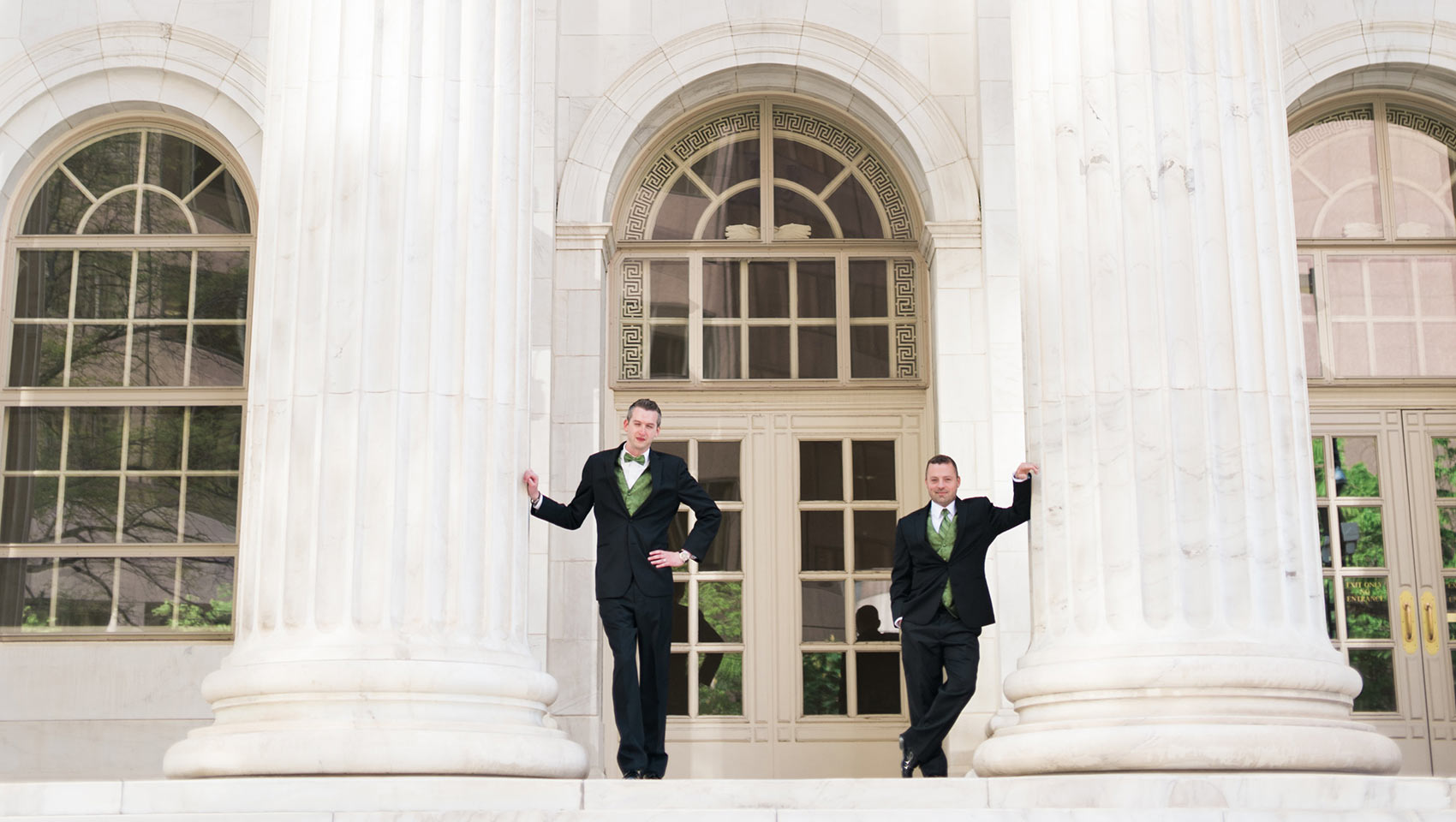 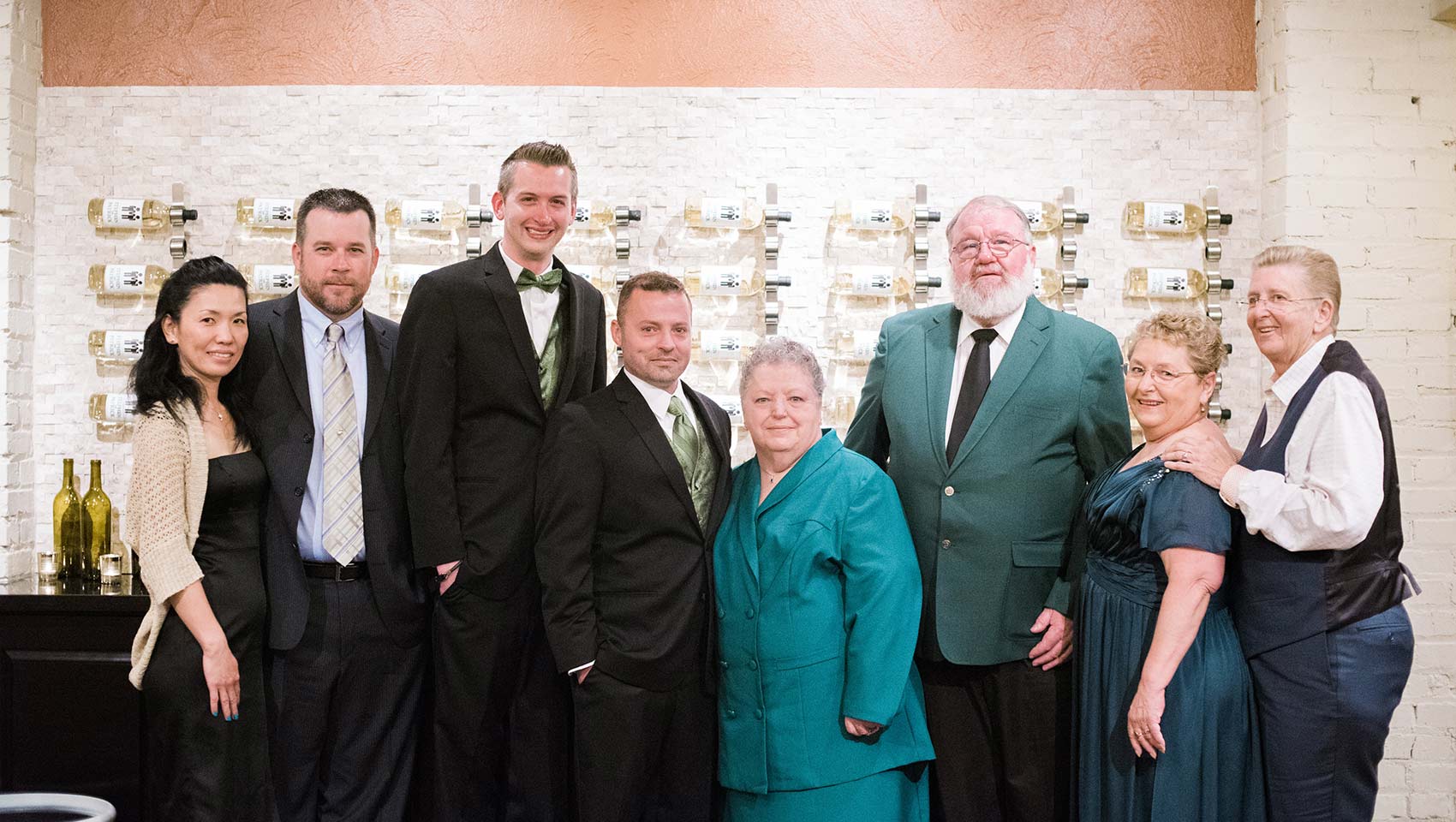 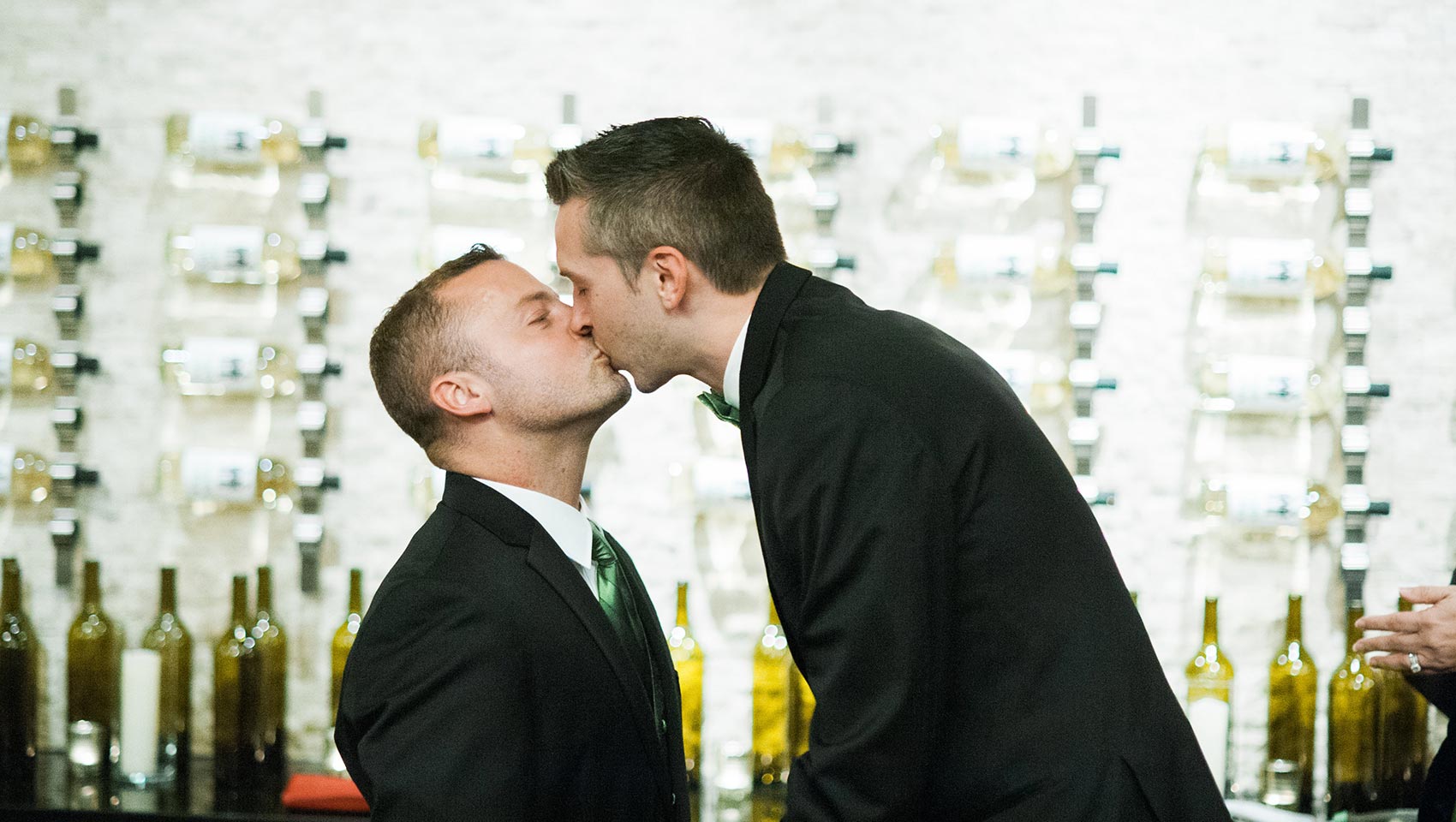 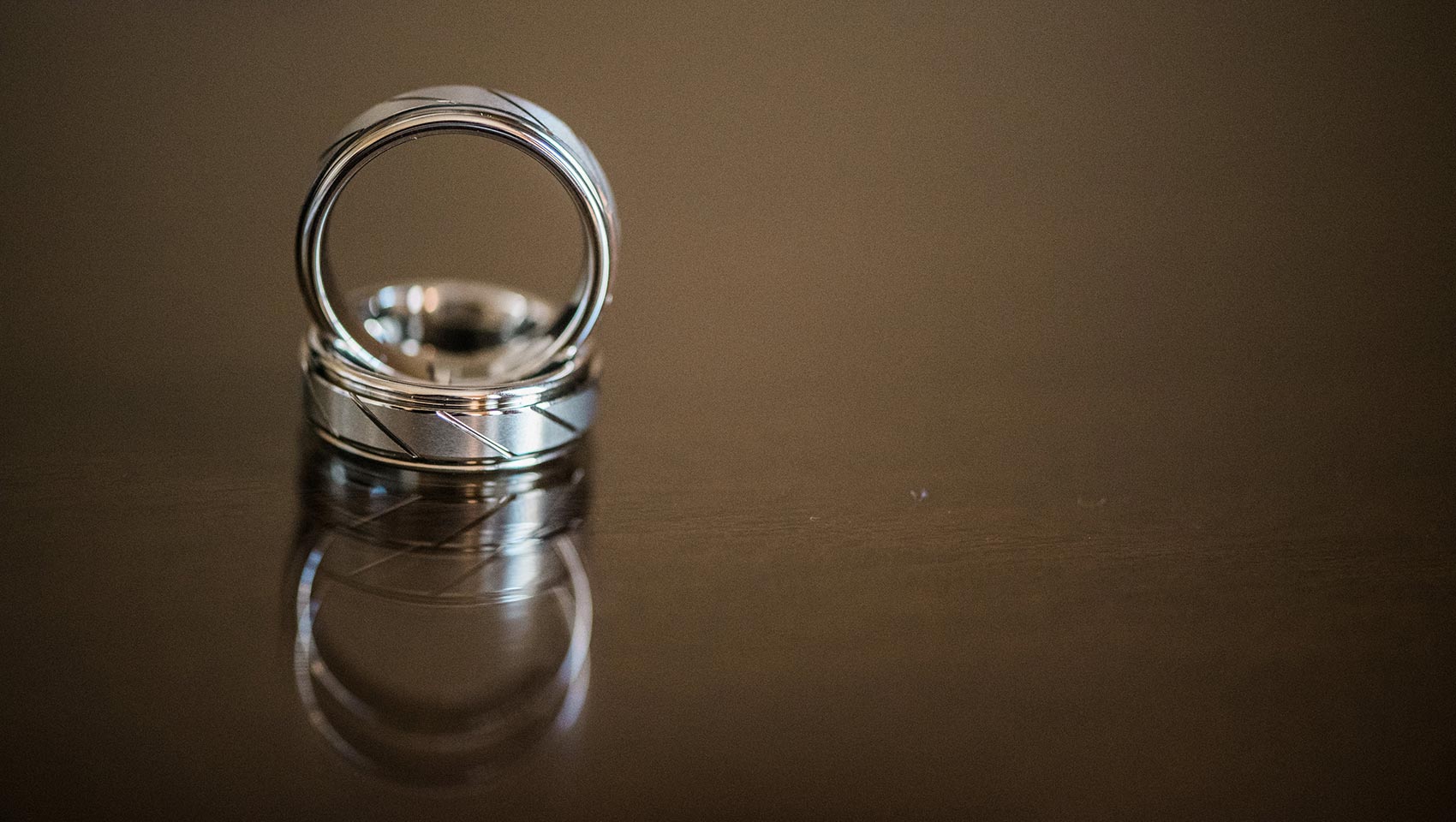 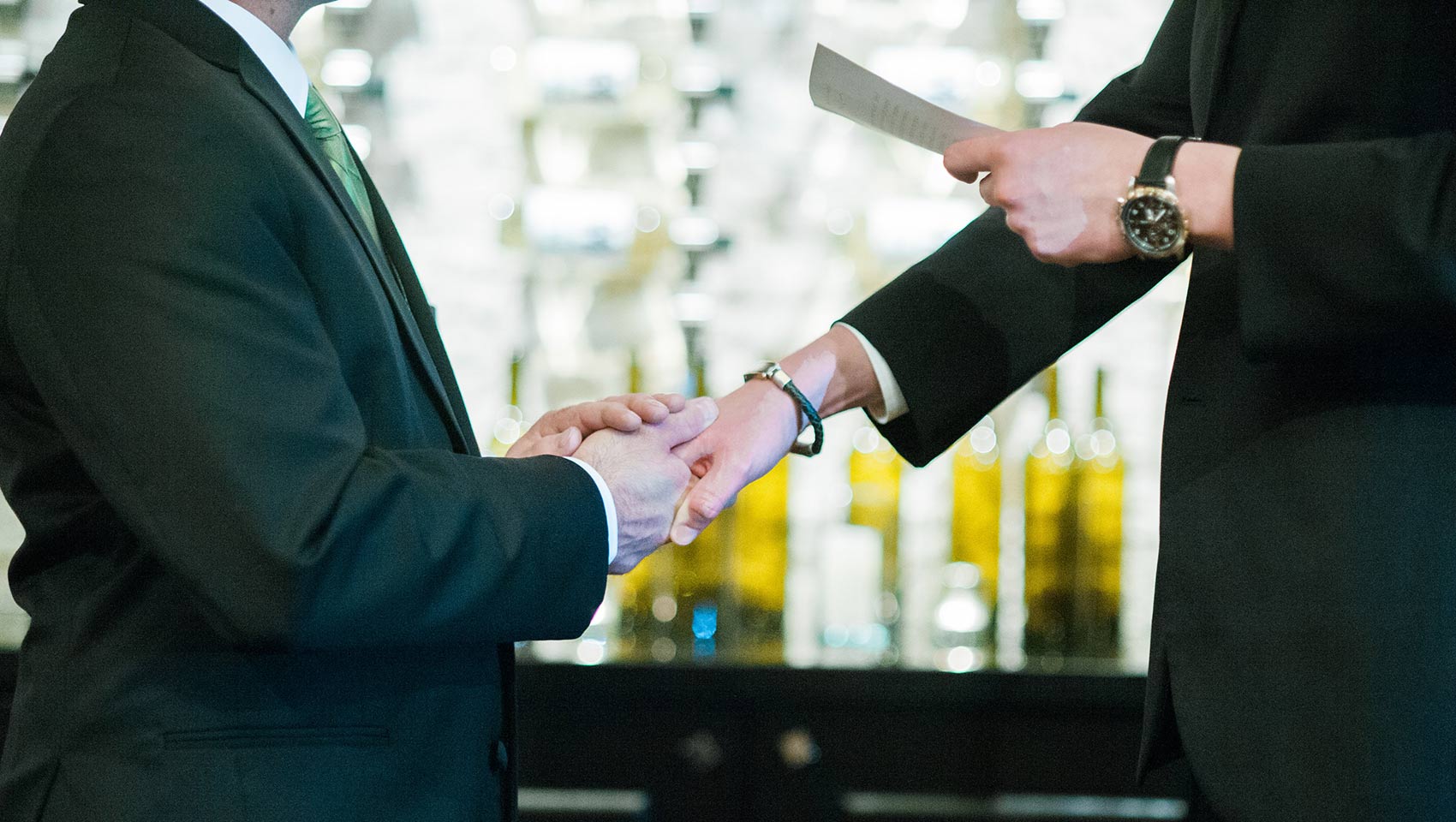 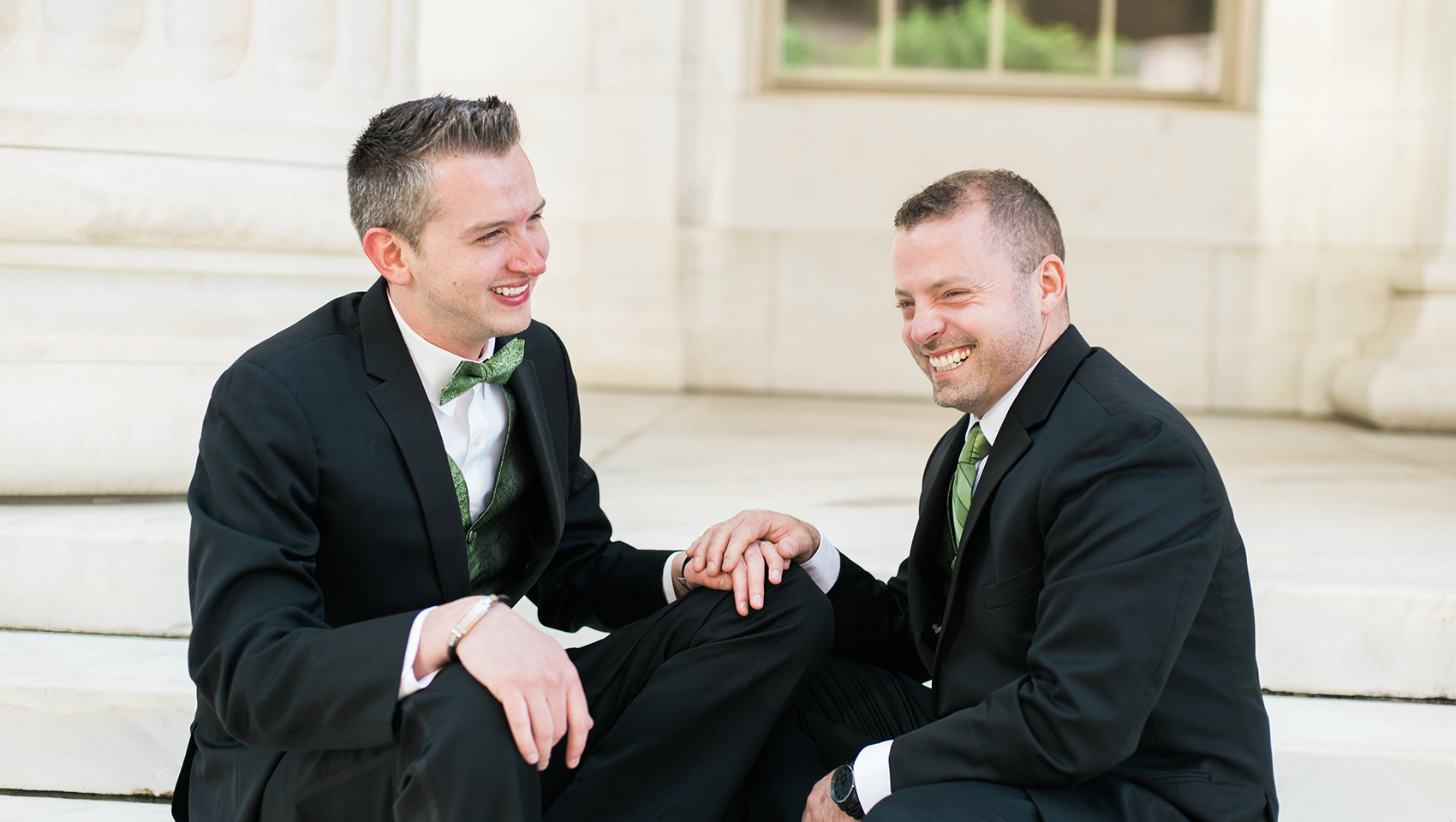 Once they saw the location at Kimpton Hotel Monaco Denver, they were sold. “It has the elegance but the calm demeanor we wanted in a ceremony and space,” the grooms say. “It is right in the heart of Denver, which is where we met, and it gave our out-of-town guests a great place to explore.” 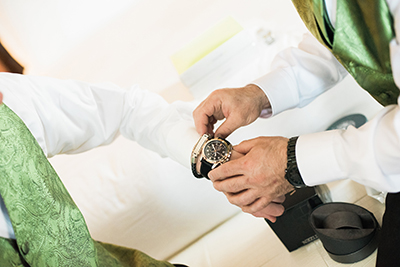 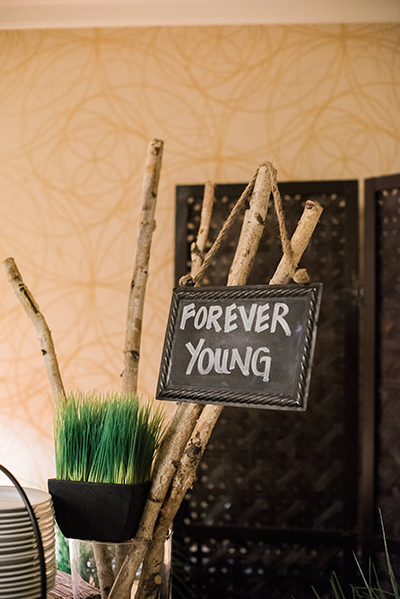 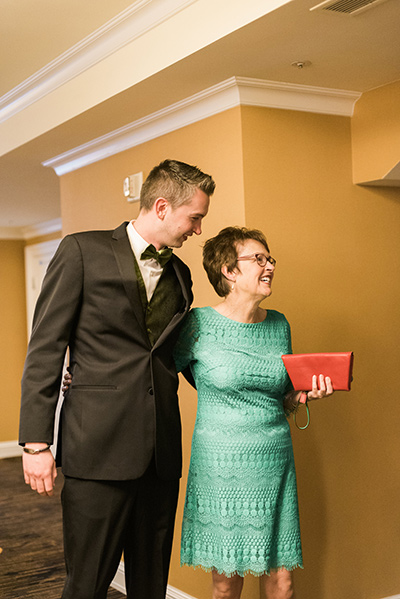 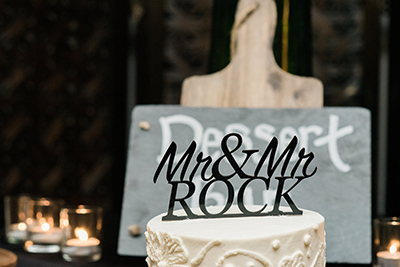 The two decided to get ready together in one of the hotel’s suites, and unbeknownst to them, each got the other a watch that they wore throughout the ceremony and reception. 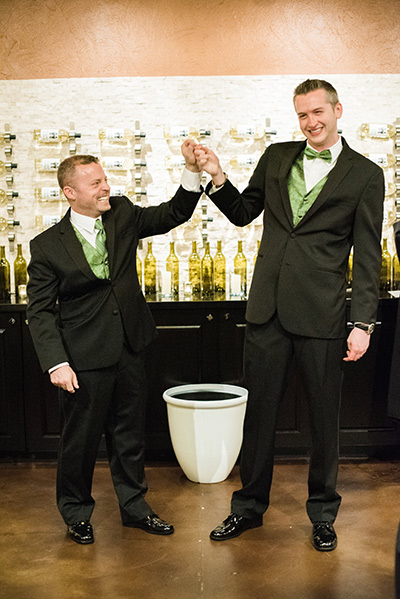 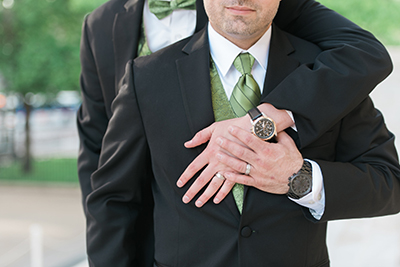 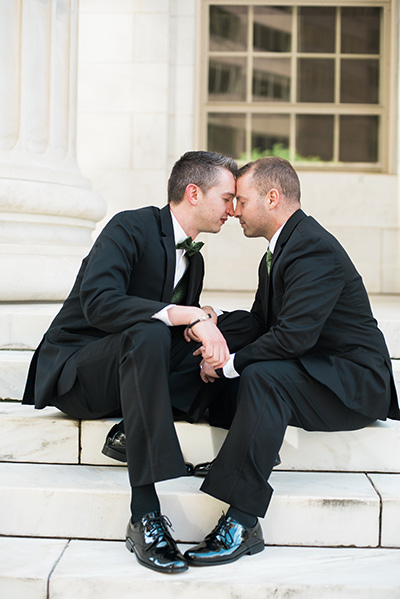 The ceremony took place in the Wine Cellar, with soft lighting and candles lining the aisle. Wine bottles on the wall had special labels designed for the wedding. 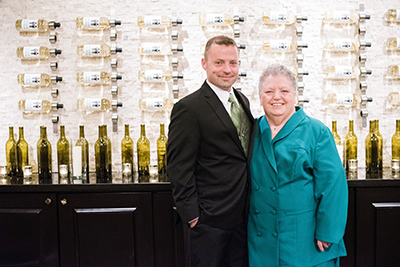 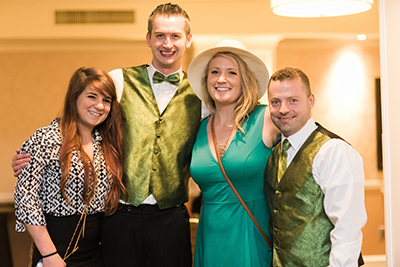 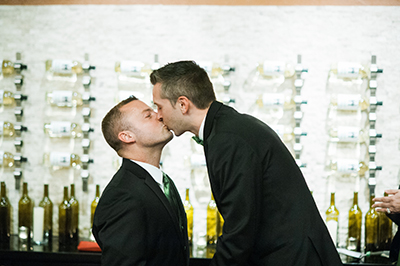 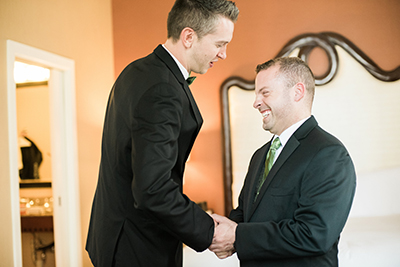 During the ceremony, Stephen and Patrick planted an aspen tree. Not only does it represent Colorado, it’s also one of the oldest organisms on earth. “Aspens expand their roots and will continuously spread generation after generation,” the grooms say. “We wanted something that would be here long after we were not that represented that day and our love.” 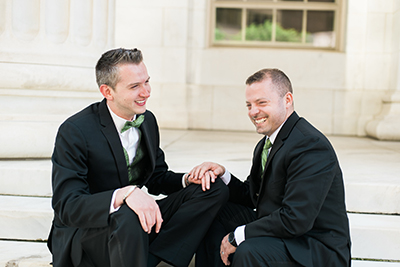 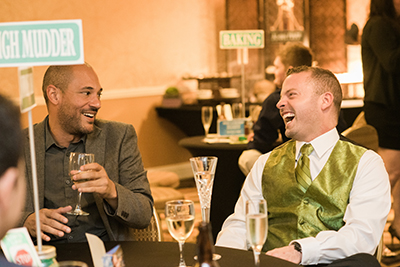 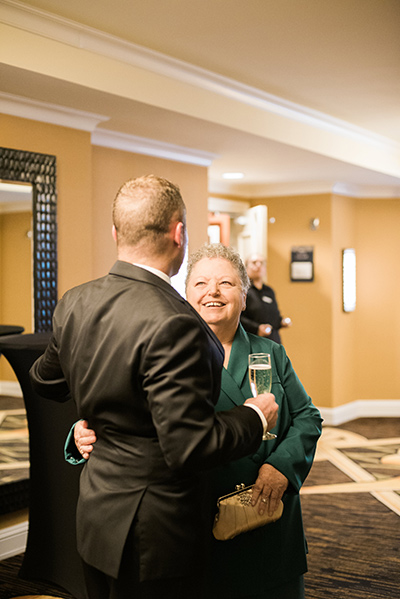 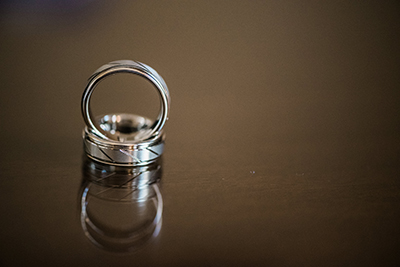 The reception featured a green street sign theme — each table had an intersection that highlighted memorable activities they’ve done together, hobbies they enjoy, places they’ve traveled, and, of course, their dogs. 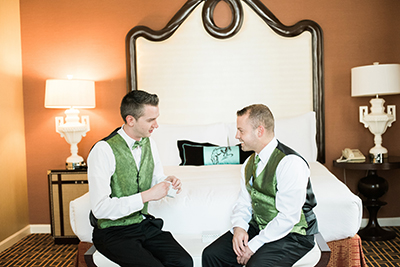 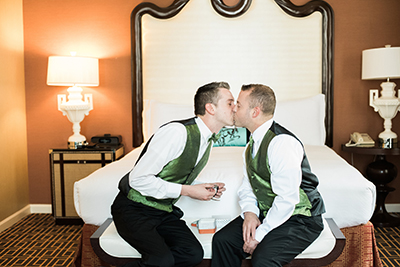 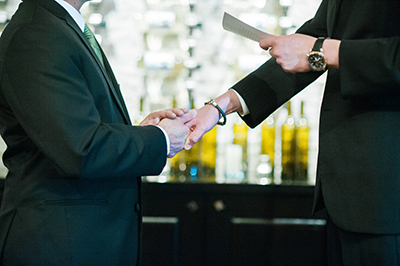